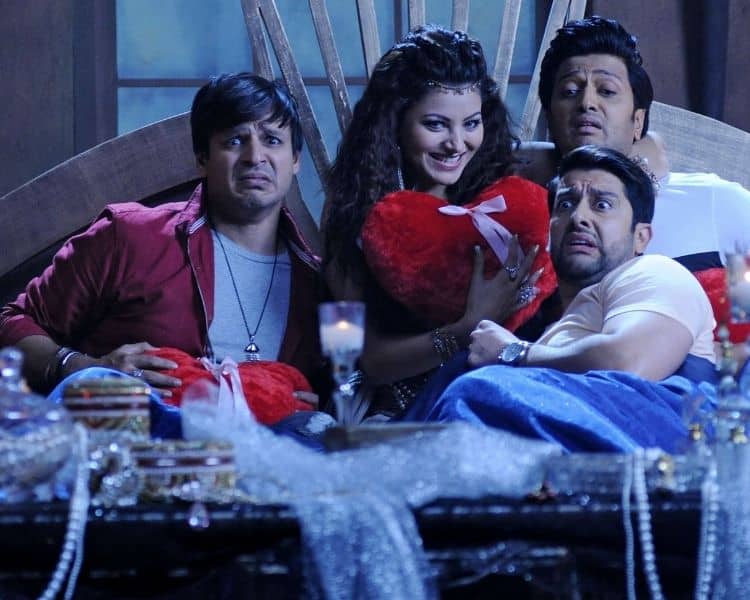 Of all the film genres, comedy flicks are the hardest to nail. Comedy is a bit tricky. It needs to be effortless or, else, it falls flat and, things aren’t funny anymore. There are numerous new comedy hindi movies that got released on OTT platforms. So, it is confusing if you had to pick the best, but don’t worry, we got you. Giggle along with our list of the top funniest Hindi movies you must watch today.

No one should miss an action-packed Rohit Shetty film. The director’s Sooryavanshi is no different compared to his other films in terms of entertainment. It has comedy, action, drama, and a bit of romance for good measure. While Akshay Kumar plays DCP Veer Sooryavanshi in the film, Katrina Kaif portrays the role of his wife, Dr Ria. There is comfort in watching Kumar’s familiar style in comedy and action scenes. You will have a good laugh at all the comic segments throughout the film.

The comedy-drama film is about Mimi (Kriti Sanon), an aspiring actress who lives in a small town in Rajasthan. She agrees to bear a child in exchange for money and becomes a surrogate mother for an American couple. However, things take unexpected turns and, she ends up in a blunder. The film has a beautiful story and, it takes you through a roller coaster of emotions. Talking about comedy, Pankaj Tripathi has some humourous dialogues and comedy scenes that makes the film perfect to watch any day.

You will enjoy this one if you like family drama-comedy hindi movies. 14 Phere is about a couple who plan on getting married after being in a long term relationship. However, the duo come from completely different backgrounds and to convince their respective families they start weaving a web of lies. The funny part of the film is that they create a bigger mess leading to hilarious consequences.

If you’ve watched the 2005 Bunty Babli movie, you will surely like this one too. The story revolves around engineering graduates Kunal Singh (Siddhant Chaturvedi) and Sonia Rawat (Sharvari Wagh), who disguise themselves as the new Bunty and Babli forcing the real Bunty and Babli to make a comeback. We get to see Vimmi and Rakesh Trivedi (Rani Mukerji and Saif Ali Khan), the original con couple return to their business that they left behind.

Atrangi Re is a musical love story with a unique concept. The story begins when Rinku Sooryavanshi played by Sara Ali Khan who gets forcefully married to V Venkatesh Vishwanath Iyer a.k.a Vishu played by (Dhanush). Rinku is in love with magician Sajjad Ali Khan (Akshay Kumar) and has plans to run away with him. The love triangle gets weirder when Sajjjad enters the scene, and things are revealed to Vishu. Atrangi Re is a great film and, the chemistry between Rinku and Vishu is sweet and funny at the same time.

So, the next time you need something to turn that frown upside down, you will know which movie to start with. Just go through the list and choose from some of the top comedy Hindi movies to tickle your funny bones.

Tips On How To Spot A Safe Betting Games Website

What Makes An Online Movie Streaming Platform The Best Choice?

The Best Day Boat to Rent in Cannes and St. Tropez