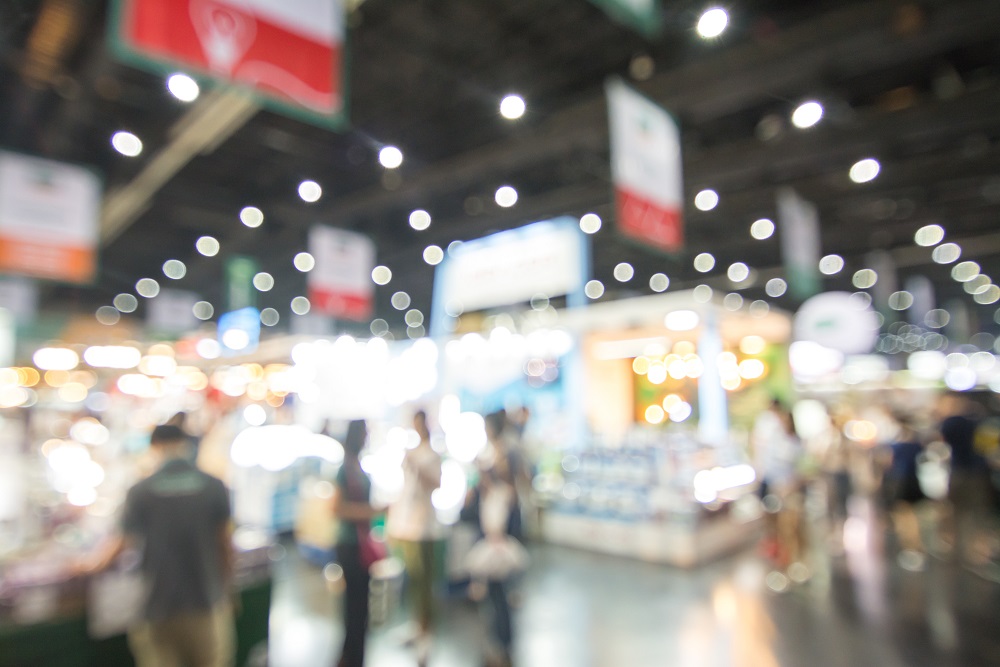 The first conference I attended as an adult took place back in the early 1990s. The keynote and other conference speakers appeared on a simple stage with little more than a podium and an AV screen on which they could project their laptop images. Out in the vendor hall were row upon row of individual booths stocked with long tables and a couple of chairs. The environment certainly was one of few frills.

In hindsight, I remember that conference in a kitschy sort of way. It is kitschy to me because not much had changed from the time I was attending events as a Boy Scout. In other words, we were doing things pretty much the same in the 1990s as we did in the 1970s. The only difference was the laptop.

These days, I wonder whatever happened to those kitschy trade shows and conferences of days gone by. You cannot find many simple, no-frills venues these days. Convention centers and hotel conference facilities have gone high-tech. So have the companies that supply display solutions and AV services.

Work with an experienced AV company like Miami’s Lunis Systems and you will quickly discover that everything is digital. Gone are the days of fabric banners and analog TV displays. Speakers and vendors alike no longer utilize humble laptops and portable projectors.

Today, huge video screens have replaced display booths. Multi-functional LED walls blast marketing messages one minute, then play educational videos the next. Though paper literature is still seen from time to time, attendees are encouraged to learn more information by scrolling on a tablet or signing up for a digital newsletter.

None of this is necessarily bad. After all, digital technology allows us to do things in the modern era we never could have done 50 years ago. But the nostalgic part of my brain longs for what conferences and trade shows used to be. Way back before so much digital technology, it seemed like things were more personal.

2. The Glitz and Glamor

Speaking of things being more personal, it seems that modern trade shows and conferences focus a lot on the glitz and glamor. Every vendor is trying to get your attention. Each one is hoping to find a way to outdo everyone else to get you to pay attention. As a result, video boards are getting bigger and more colorful. Messages are getting louder and more intense.

All of this is okay. Young people who have grown up in the digital age are used to it. They expect it. And because they are the ones who spend most of the money, AV companies and trade show experts gear everything toward them. But as someone who remembers trade shows and conferences before digital technology, I am not all that impressed by glitz and glamor. I would rather have a one-on-one conversation with a rep who knows more about their product than the latest market strategy.

I have accepted the fact that the kitschy trade show has gone the way of the dinosaur. Time marches on, and it has left kitsch behind. Thankfully, I am approaching the final years of my career. Before long, I will be putting my time into travel and hobbies. Who knows? I might find a little kitsch along the way.

The Best Hotels in NYC With Restaurants and Lounges

Book A Party Bus And Celebrate Christmas Events In The Best Way!

Considering A Photo Booth For Your Next Party?